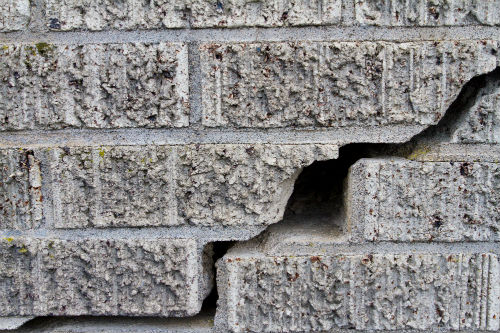 By the time a building envelope fails, a thorough investigation has to take place to determine the exact cause. There are many reasons why this failure can occur on any given building, but identifying the issue takes some experience. With a building envelope inspection by a professional, most issues can be identified and corrected before major damage occurs. However, there are some signs you can look out for as well to help identify the potential for failure.

If air leaks out of a building through windows, doors or attics, potential problems could arise. There could also be air leaks in a building you aren’t even aware of until your energy bill skyrockets. Air leaks are problematic because they can lead to condensation if the humidity from outside is being pulled inside.

Sometimes poor design or construction of a building can lead to water penetration vulnerabilities over time. During the course of building envelope engineering, a significant amount of sealant is used to prevent water penetration, but even the tiniest oversight can cause big problems.

Insulation in a building is more functional than simply keeping you warm in the winter and cool in the summer. It also acts as a barrier to prevent outdoor elements from getting into the home and causing problems with the building envelope. Without insulation, extreme temperature difference indoors compared to outdoors can create moisture and lead to building envelope failure.

Thermal expansion of concrete, masonry or other building materials can lead to differential movement. This is one of the most difficult features for the average person to identify, since the changes are so subtle. Too much differential movement can cause the structure to fail in different ways. Getting a building envelope inspection frequently is sometimes the only way to identify and correct this issue.

Condensation that builds up on windows during certain times of the year is generally harmless when it’s wiped away. However, when condensation builds up in between wall cavities, it could eventually cause building envelope failure. This type of condensation is more difficult to identify, and when you do, most of the time the majority of the damage has already been done.

BE Structural has a team of building envelope engineering experts to help you identify potential failures in your structure. If you have the ability to identify any of these signs on your own, then don’t hesitate to give us a call to schedule an inspection. It’s always a good idea to schedule regular inspections anyway to prevent building envelope failure from occurring in the first place.