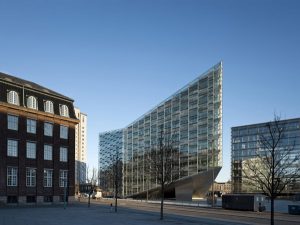 Being able to work in a building with a great view keeps employees relaxed and happy. That’s exactly what’s happening with the emerging trend of floating glass structures. These buildings appear to float on water since they include stacked floors on top of stone. What’s impressive about this variety of glass structure is the stone’s ability to prevent flooding, in most cases, and provide a sturdy base, making it seem like you’re on land. What else makes floating glass buildings attractive today? Here are some of the main advantages.

END_OF_DOCUMENT_TOKEN_TO_BE_REPLACED 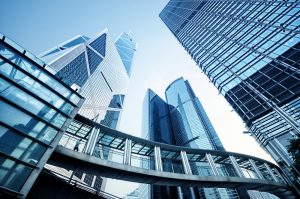 When it comes to problems with building enclosures, the solution is usually never as simple as it seems. You may think a small pool of water in your office is just the result of a little leak in need of repair, but most of the time the root cause is much larger. The average person likely won’t be able to find the problem when a building envelope fails. In fact, it usually takes a structural engineering company to inspect the building to determine the true root cause. Building envelope forensics requires a basic knowledge, combined with expert investigative work, to get to the bottom of the issue.

END_OF_DOCUMENT_TOKEN_TO_BE_REPLACED

Seawall Construction to Protect the Future 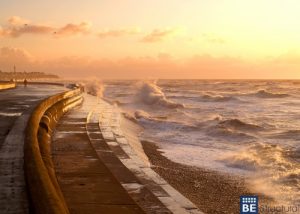 Losing your home or business to a catastrophe or natural disaster is something no one wants to go through. Most people whose properties are destroyed never see it coming and are completely surprised when a natural disaster turns severe enough to rip everything away. However, what about when there are firm predictions warning people about what could happen in the future?

That’s what’s happening right now in many parts of the world. Experts predict sea levels could rise six feet by the year 2100. The potential impact of this gradual rise would be devastating for an estimated two million property owners. If the predictions come true, many properties in the coastal states would likely be under water, with Florida taking the biggest hit.

END_OF_DOCUMENT_TOKEN_TO_BE_REPLACED 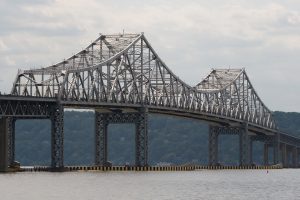 The Tappan Zee Bridge in New York is one of the busiest, since it connects the city’s northern suburbs. It’s estimated that around 138,000 cars travel on the bridge every day. It is currently undergoing construction, which is scheduled for completion in 2018. However, the completion date may be set back slightly after the recent collapse of one of the cranes being used for the bridge’s construction.

The crane supposedly malfunctioned and fell on the bridge, which caused the lanes to be shut down for hours. Fortunately, only minor injuries were sustained, including one construction worker, but the investigation into what caused the malfunction is just beginning.

END_OF_DOCUMENT_TOKEN_TO_BE_REPLACED

Everything You Should Know About Living Roofs

The time is now. It’s time to install a living roof on location. Environmentally friendly living has never been easier.  Blue or green, if Facebook can install a living forest rooftop, so can you! One of the newest architectural trends of late, living roofs have taken corporate America by storm and have become exceptionally popular with many organizations.

What Is a Living Roof?

If you don’t know what a living roof is, don’t worry. A living roof is simply a building that is fully or partially covered by vegetation that’s planted over a membrane used to waterproof the building. Many living roofs also contain additional layers like root barriers, drainage systems and irrigation systems.

Living roofs are also referred to as green roofs. Another form of living roof is known as a blue roof. These roofs don’t feature vegetation but do offer the building a place to collect and store water. Blue roofs can be passive or active in these attempts to gather water.

END_OF_DOCUMENT_TOKEN_TO_BE_REPLACED 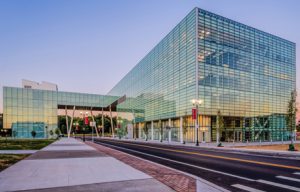 With steel engineering and architecture constantly evolving, we thought this would be a good opportunity to visit some of the newest steel technologies of 2016.  Many people underestimate the amount of ways that residential and commercial structural engineering can be used to effectively personalize almost any structure.  To see a couple examples of how steel technologies are being used today, we will take a look at some of the projects that have earned national recognition this year.

END_OF_DOCUMENT_TOKEN_TO_BE_REPLACED 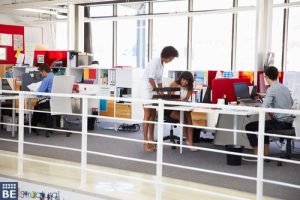 Structural steel design can be incorporated into a variety of projects. There are numerous ways to include structural engineering and steel in a stunning, efficient manner. Some of the most popular ways is to include steel in mezzanine and staircase design.

The Basics of Steel Structural Design

In the most fundamental sense, structural steel members can be fastened, erected, secure, and braced together to form a framework for almost any structure. Certain structural design requires beams and grinders to support loads from the roof or floor. Steel structural design can also be used in wall bearing constructions and long span jobs.

END_OF_DOCUMENT_TOKEN_TO_BE_REPLACED

The World’s Most Beautiful Glass Buildings

END_OF_DOCUMENT_TOKEN_TO_BE_REPLACED

What Makes a Great Salesperson? 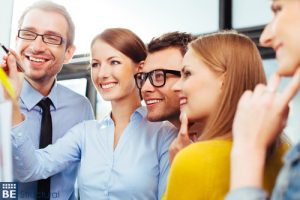 As of late, I have seen many blog posts and articles asking this question: What makes a great salesperson? Those of us in the sales management and sales leadership realm seem to be on an eternal quest to find the secret to identifying and hiring not only the best and most qualified sales people, but also those that possess inherent qualities that set them apart from the rest of the bunch. As a sales director for a structural engineering firm, I am also intrigued by the idea of a few key indicators that can be used to filter out the most qualified sales employee during the hiring process.

END_OF_DOCUMENT_TOKEN_TO_BE_REPLACED 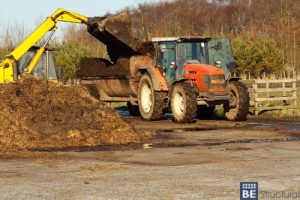 If you work in an industrial environment, you likely are familiar with, if not concerned about, the production and management of biosolid waste. The idea of dealing with waste is a necessary part of industrial work, especially for government entities and the biosolid management industry. Storing and treating biosolid waste can be messy and expensive if you don’t have the best system in place. The best documented storage method for biosolid management, by our recommendation, comes in the form of live bottom and horizontal bins.
END_OF_DOCUMENT_TOKEN_TO_BE_REPLACED 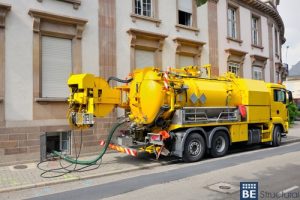 Structural engineers understand their job is an exact science. Even the smallest mistake can be costly. In an industry where perfection is expected, some contracts require more risk, and thus – detail. One such job is slurry tank engineering. If done incorrectly, these apparatuses can kill.

END_OF_DOCUMENT_TOKEN_TO_BE_REPLACED

The Ins and Outs of Building Envelope Engineering 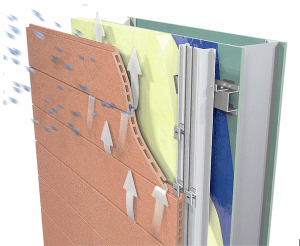 Depending on how much you know about the engineering industry, you may or may not have heard of building envelope engineering. However, it is a very important part of the engineering process, and involves the three basic components of a structure: the foundation, the walls and the roofing. If these parts of the building are not structurally sound, then the building itself is unstable and not fit for human use. It turns out that all three of these building components have one uniform purpose. The purpose of this article is to educate you on what they are, and how they’re a significant part of what structural engineers have to think about when they plan out an engineering project.

END_OF_DOCUMENT_TOKEN_TO_BE_REPLACED

Post tensioned water tanks are becoming increasingly popular with respect to urban planning, largely due to their sturdy design and increased functionality. Their design allows them to serve a community for decades and more with little chance of leakage. Not only are they beneficial to the environment, they are also more economical than other types of wastewater storage and provide far more versatility. Read on to learn why post tensioned concrete tanks may be the best wastewater storage solution in the industry.

END_OF_DOCUMENT_TOKEN_TO_BE_REPLACED

Precast and Prestressed Concrete Tanks for Wastewater Treatment and Storage 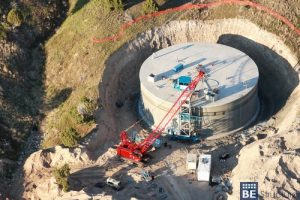 For as long as humanity has relied on water storage tanks to help sustain communities, we have also sought out to improve on them in bigger and more efficient ways. As of 2016, the best means of water storage are precast and prestressed water tanks, which prove much more beneficial than standard water tanks in multiple ways.

END_OF_DOCUMENT_TOKEN_TO_BE_REPLACED 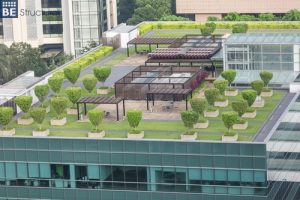 Global warming and climate change are occupying the minds of people worldwide. The Intergovernmental Panel on Climate Change states that scientific evidence for warming of the climate system is unequivocal.  Due to the heat trapping nature of carbon dioxide and its ability to affect the transfer of infrared energy, there is no question that increased levels of greenhouse gases cause the Earth to warm as a response.  Much of this increase is induced by humans and our growing carbon footprint.

END_OF_DOCUMENT_TOKEN_TO_BE_REPLACED

Structural Glass and its Engineering 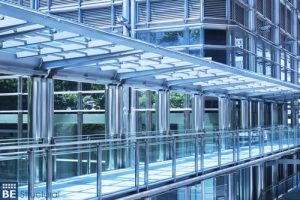 Glass is and always has been a prominent industry. It is closely linked to engineering and constantly grows alongside it, meaning that innovations in one field lead to innovations in the other. This trend continues even into the 21st century, as engineers and glassmakers alike continue to work together to craft ideas and cutting edge designs for contemporary buildings.

END_OF_DOCUMENT_TOKEN_TO_BE_REPLACED 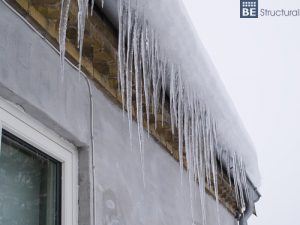 Did you know water can cause some of the greatest damage to your commercial and residential construction, even beyond other natural disasters? Understanding how water leakage occurs and what damage it can do, underscores the effect this force of nature can have on your building’s construction.  A forensic structural engineer will look for potential or current water damage during a structural inspection and suggest the necessary measures needed.

END_OF_DOCUMENT_TOKEN_TO_BE_REPLACED 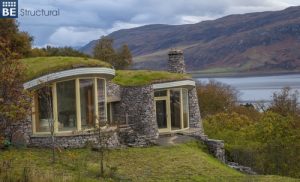 Today’s consumers are plagued with growing concerns over their impact on the environment. Many products and services can be harmful to the planet, so you may be looking to reduce your carbon footprint as you shop for a new home. Although many newer homes are being designed to increase their energy efficiency, the production of new materials for traditional housing options can cause significant damage to the planet. If you want to expand your eco-friendly lifestyle, choosing an earth home is a great way to live stylishly, affordably and ethically.

END_OF_DOCUMENT_TOKEN_TO_BE_REPLACED 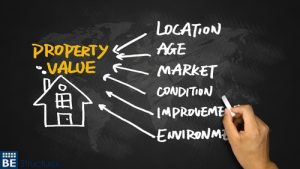 Learn the benefits of a commercial property condition assessment.

When individuals are interested in purchasing commercial real estate, a commercial property condition assessment (PCA) is necessary to evaluate the current condition of the property. Many structural engineers use the ASTM 2018 Standard to assess commercial properties. A property assessment for commercial buildings can also be used to assure lenders that prospective buyers will be able to properly maintain the building and pay off their loan with their current cash flow. These extremely detailed reports must be completed by trained professionals to ensure the validity of the report.

END_OF_DOCUMENT_TOKEN_TO_BE_REPLACED

5 Reasons to Hire a Structural Engineer for Foundation Inspections

The foundation of your home plays a major role in its stability and whether you will experience a number of other problems. For this reason, it’s important to get a structural analysis of foundations from a residential structural engineer to ensure the reliability of your existing foundation. It will also allow you to get the necessary repairs before the problem becomes more serious and more expensive to repair.